If you follow sports at all, you may recognize the name Tim Brown. A former New Zealand footballer, Brown played on the All Whites and was the undefeated player at the 2010 FIFA World Cup in South Africa.

After retirement, he went on to pursue a degree at London School of Economics and Political Science before ending up in San Francisco, where he met Joey Zwillinger.

Together, they decided to start a business. Brown as an athlete was familiar with the challenge of comfortable running shoes that were, shall we say, “friendly” to athletic (aka moving and sweating) feet. And being from New Zealand, he was no stranger to sheep and their wooly coats.

It didn’t take long for an idea to hatch: They would start a company that made really good, really comfortable running shoes out of this beautiful, annually renewable material.

They began in 2014 with a Kickstarter campaign that advertised, “The wool runners: no socks, no smell.” Their goal was to raise $30,000—but in just five days, that number reached almost $120,000. (You can view the original video.)

The Question of Fabric

The project hinged on their being able to develop a soft wool fabric that would be strong enough for footwear. Any knitter will understand this challenge, if you’ve watched at least one beloved pair of fine Merino socks gradually wear thin.

Brown and Zwillinger sought the help of an Italian mill. The resulting patent-pending fabric was thick but flexible, with a dense, felted side (for the interior of the shoe) and a clean, knitted side (for the outside).

They’ve moved well past the Kickstarter phase and have launched their company, Allbirds. And the shoes, I’m happy to say, are now available to consumers in the United States and New Zealand. (If you live elsewhere, don’t despair. They’re a new company with plans to expand.) 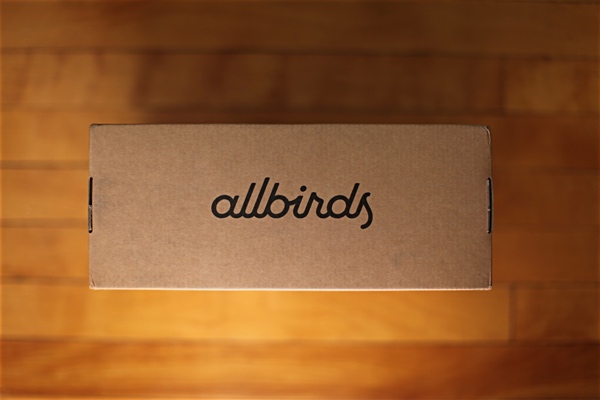 The style is absolute simplicity. A lightweight foam sole (made from some sort of dense synthetic material that weighs nothing, provides good bounce and arch support) is surrounded by a superfine wool fabric upper and insole. 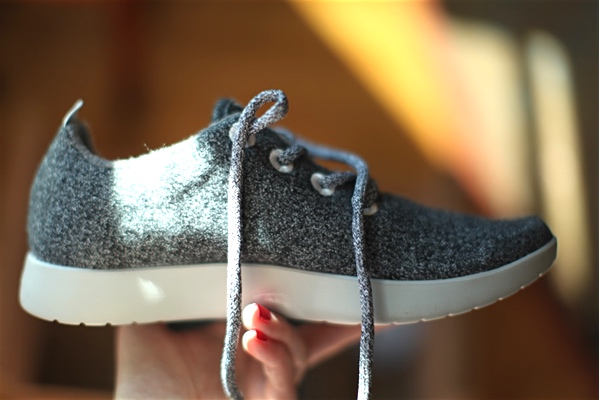 The fabric and construction create a seam-free, heavenly environment of softness for the foot, like slipping it into a pile of combed wool top. 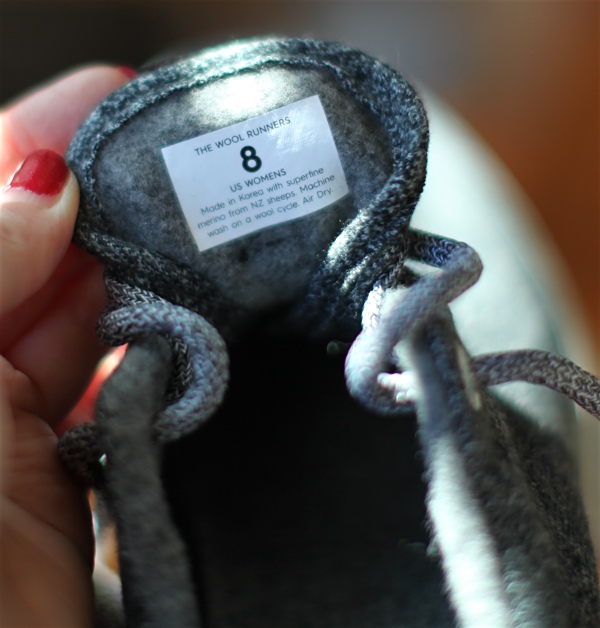 The wool itself is a fine grade of New Zealand Merino that’s been sourced from ZQ Merino. Growers work with ZQ Merino adhere to certain standards for animal welfare, environmental care, and what they call “social sustainability.” They practice integrated livestock-management strategies that eliminate the use of mulesing.

And should your insoles eventually wear out, for $25 you can replace them with a fresh new set. 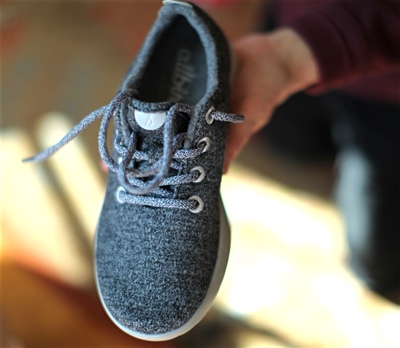 They have minimum adornment, minimum branding, they are zen in their beautiful simplicity. Look closely and you’ll see that the lace eyelets aren’t metal grommets, they’re actually sewn. The shoelace, too, is puffy and pliant and color-coordinated.

Which brings us to color. I have no shame in saying I’ll probably end up with a pair of each color—but I hope they release more colors. Not everyone will like what they have: bright orange with orange sole, marled grey with white sole (the pair shown here), sky blue with blue sole, and a dark teal-blue with black sole. 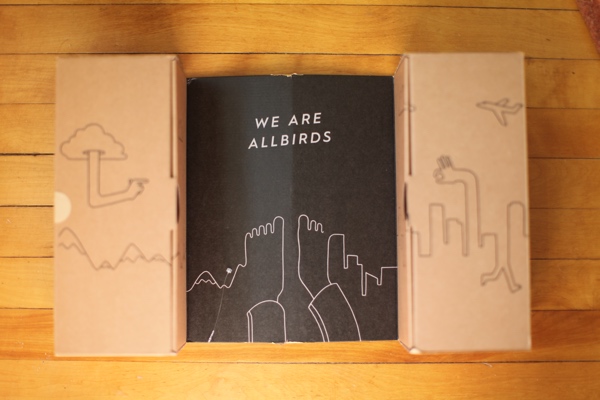 The packaging is charming. Flip your box over, follow the arrows and cut open the taped line in the middle. Then release the sides. Your box will open like a book to reveal a separate box for each foot. 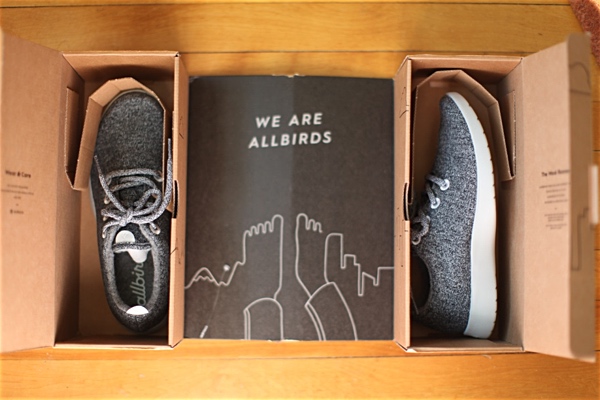 Open each box to reveal, ta-daa! Your shoes. It’s probably from a substance I don’t want to know about, but the shoes smell enticingly of orange blossoms. Even before I opened the box, I could smell it.

Sizing is in whole sizes only for both men and women. The shoe fits like a slipper, and they recommend that, if your foot is between whole sizes, you order the smaller size. I wear an 8.5 (rapidly approaching 9 as gravity takes its toll) and the 8 fits me like a glove.

If you have ragged, upwards-curling toenails, I can imagine that your toe’s back-and-forth abrasion in the shoe will gradually cause that area to wear thin. It’s the same thing that would happen if you were to wear cotton canvas sneakers.

And that may be the best way to view these shoes, as a wool alternative to canvas. They’re not as thick and rugged as leather, and they’re not waterproof. But, unlike cotton, they will absorb up to 30% of their weight in moisture before ever feeling damp to the touch. But let’s be real, if you wear these in a rainstorm, you’re going to get wet.

I’ve been wearing my pair for a week now, and they aren’t showing any signs of wear or tear. Eventually I’ll want to toss them in the washing machine, just to bring the white sole back to a brighter hue.

But I am tough on my shoes, and I know all too well the fine-micron nature of Merino. Just today’s solid day of walking produced two wispy pills of loose fiber in the footbed. Are the fibers just settling down, or will there be more pills?

The only way to know for sure is to keep wearing these soft, lightweight, heavenly shoes. It’s a tough punishment, but I’ll do it in the name of science. And I promise to let you know how they fare.