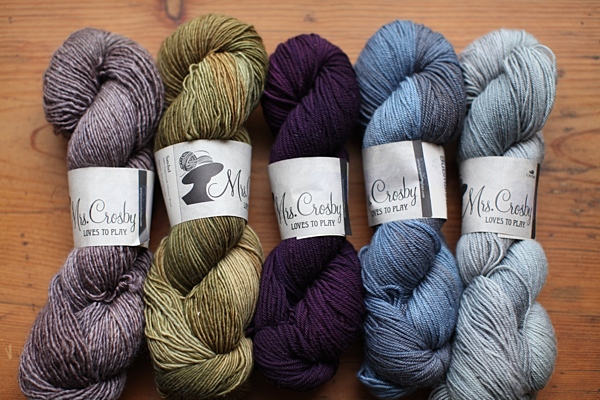 Earlier this year, I started receiving mysterious postcards from someone named Mrs. Crosby. The first was sent from Buenos Aires, then Paris, and finally Lake Como. Truth be told, I already knew who Mrs. Crosby was before the postcards started arriving, but that didn’t lessen my enjoyment.

During my book tour last October, I paid a visit to Beth Casey and the Lorna’s Laces crew in Chicago. “Can you keep a secret?” she’d asked, and then pulled out several prototype skeins for me to fondle. They were preparing to launch something new, something big.

A little background: Lorna’s Laces is an established hand-dyed yarn company with a track record of producing a good product, in great colors, in a timely manner that helps yarn stores keep their customers happy. For more than a decade, it’s been owned by Casey and operated out of a Chicago studio.

Mrs. Crosby represents not just a new yarn line but a new brand, a new company, really. It’s a departure from Lorna’s Laces in a few ways. For starters, the dye technique is completely different—resulting in deeper, more restrained semisolids. The technique is so different, they rented a separate space (same building, but across the hall) in which to do the dyeing. Second, four of the five yarn bases are new. And third, while the five bases they’ve started with are fairly generic, plans are afoot to introduce small-batch artisanal adventures to the mix.

That spirit of adventure continues into the yarn names, all of which have a nostalgic old-school travel theme: Train Case, Satchel, Hat Box, Carpet Bag, and Steamer Trunk. Then there’s Mrs. Crosby herself, a fictitious character that’s a mix of Dorothy Parker and Oscar Wilde. She is both charming and snarky, calling people “darling” and “dear hearts,” telling tales of counting stitches while riding a camel and having her tape measure stolen by a monkey.

As charming as the back story is, the proof is in the eating of the pudding. Let’s look at the yarns themselves, presented in order of fineness. 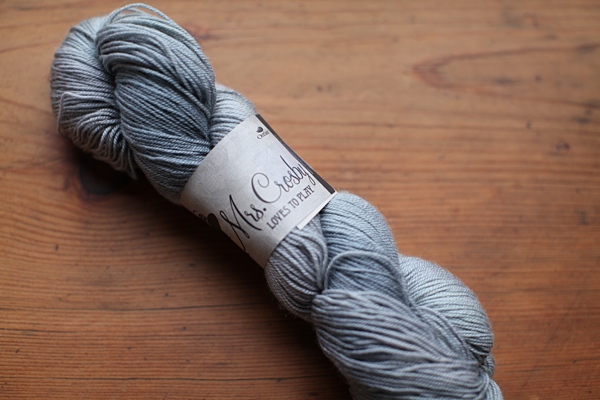 The one yarn to share a base with Lorna’s Laces, Train Case is a medium-twist three-ply yarn containing 55% superwash Merino, 15% nylon, and 30% of the miracle temperature-moderating fiber Outlast. It’s designed to thrive in socks, keeping your feet comfortable while still providing the moisture-management qualities of wool and strength of nylon. One skein will give you more than enough for a pair of socks. 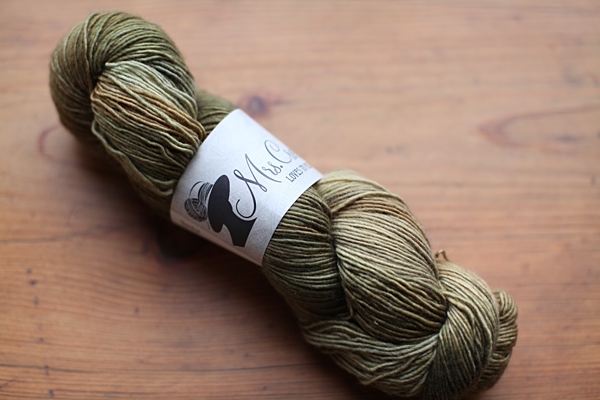 Up next is Satchel, a tightly twisted singles made of 100% superwash Merino. If twist is energy, this yarn has the least amount of energy holding the fibers together, making it perhaps best suited for shawls, cowls, scarves, and such. The lack of ply shadows provides a smooth, open canvas for the dye. 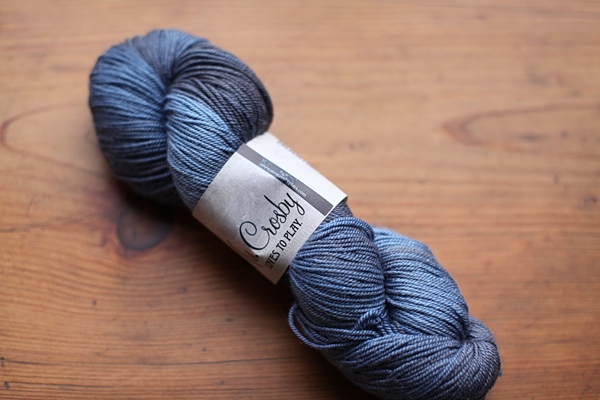 The yarn with perhaps the biggest “oooh” factor of the lot would be Hat Box, a succulent three-ply blend of 75% superwash Merino, 15% silk, and 10% cashmere. The plies are twisted at a medium angle to give bounce and elasticity while maintaining a soft hand. This is a general-purpose luxury choice for special garments. 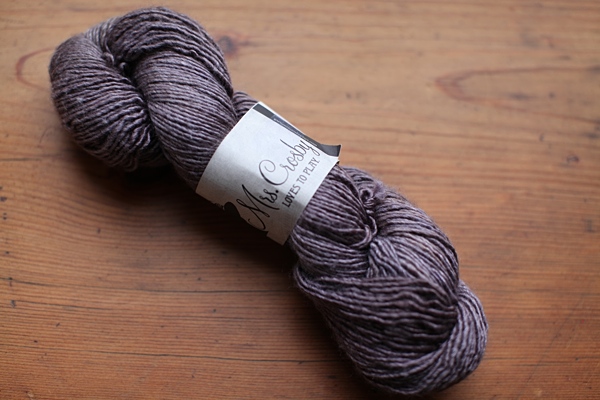 Moving up to the worsted-weight range, we have a smooth singles that blends 80% superwash Merino and 20% silk. My skein has already begun to blur from being fondled, which suggests this is another ideal candidate for that plush cowl that’ll be your second skin all winter long. 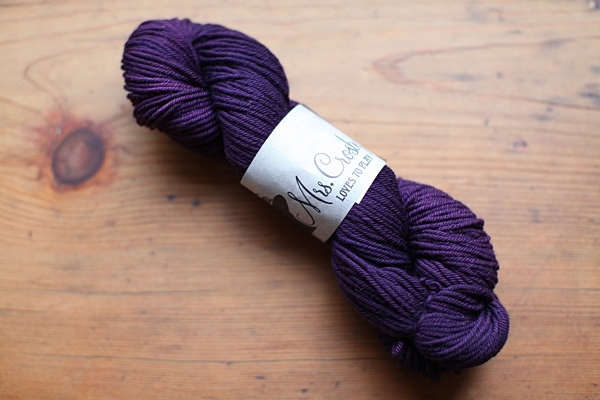 The beautiful workhorse of the bunch, Steamer Trunk is a tight four-ply made from 100% superwash Merino. It wants to be put through the paces and will perform any stitch you request beautifully, whether stockinette, cables, or colorwork. The only thing it isn’t well-suited to is lace, through no fault of its own. Rather, you could knit lace out of it, but the gauge and plumpness will give cozy instead of soaring openness.

Does the world need another hand-dyed yarn company? That’s like asking if the world needs another artisan chocolate maker. The answer? Yes—if the chocolate is good, that is.

These five yarns represent a solid opening line-up. If part of the brand really is about travel and adventure, I look forward to seeing what smaller-batch collaborative creations emerge in the coming year.

Meanwhile, we have this fictitious character, Mrs. Crosby. I can’t think of another yarn company that was founded on such a notion, and it has the potential to be fun. After years of hand-dyers named after themselves (such as Sundara and Miss Babs) or after important family members (Madelinetosh), we’ve now jumped straight into the realm of fiction. Let’s see where it leads us.