Once the backbone of the British empire, wool has declined in value so much that it’s being buried or burned by farmers who pay more to shear a sheep than they can get for its fibers.

Three people in the UK are trying to change this, coming at it from slightly different perspectives. Each is passionate about engaging in—and reviving—what was once a thriving industry.

To better understand why these yarns matter, you need to read Rachel Atkinson’s explanation of how the wool board works in the United Kingdom. She speaks both as the daughter of a shepherd and as a knitter, designer, and tech editor. Simply put, Rachel explains that many UK farmers pay more to shear a sheep than they will receive from the Wool Board for the fibers—and the Wool Board holds a monopoly on buying fleeces from British farmers. She wants to change this. Kate likewise wanted to craft a yarn entirely from the UK, and Ysolda Teague aspired to create a yarn in the UK.

At a time when the largest British yarn conglomerates have abandoned British manufacturing altogether, these three stand out as beacons for what is still possible—and what deserves our support. 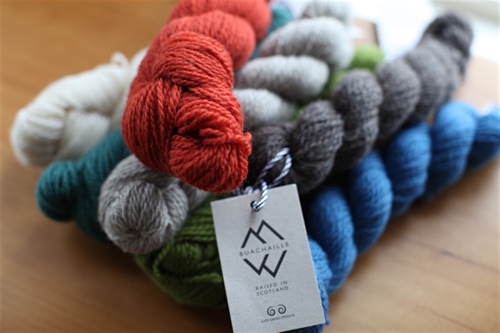 If you aren’t yet familiar with Kate Davies, she is an author and designer who lives with her husband Tom and dog Bruce on the edge of the Scottish Highlands.

Kate has a deep respect for textiles history and tradition, with the curious mind of an academic and the intelligence of a keen businesswoman (hers was just named UK Microbusiness of the Year by FSB Worldpay). She has an exquisite aesthetic, an eye for shape and composition that translates into gorgeous, very wearable garments. Her Instagram feed alone is a must for anyone needing daily visual escapes.

In 2015, with a body of knitwear designs under her belt, Kate set about making her ideal yarn. She located a Scottish source of wool fibers and had them shipped just south of her to Bradford, once the hub of the British wool industry.

The yarn is, as she puts it, “as hardy and beautiful as the landscape in which it was raised.” It’s the yarn equivalent of your favorite pair of walking shoes. But make no mistake, this is not clunky or rough. The fibers have been combed smooth and spun worsted into a relaxed two-ply yarn. It’s well-worn and trustworthy, with structure and constitution and a faint glossy crispness that softens into an airy yet cohesive knitted fabric.

It’s available in 10 colors, a grey, tan, and white, as well as seven richly saturated solids all chosen to work alone or in pairs with Davies’ designs. Each 50g skein holds 120 yards / 110 meters and retails for £7.49 on her website (just shy of $11 US as of today). Kate sells the yarn on its own, if you know what you’re doing, as well as in kits if you like the inspiration of a specific project.

Interestingly enough, Kate doesn’t provide a recommended needle size or suggested gauge range for the yarn. It’s in the sport to light DK range, but the project and desired fabric will ultimately dictate what needle you should use. The yarn can go from super tight and cohesive on a US 1 (2.5mm) for mittens and hats, to a puffy and overblown US 8 (5mm) for looser shawl-styled pieces.

Buachaille is in it for the long haul, a steady yarn that will be available from year to year, backed by a growing body of designs that show its beauty in every possible incarnation.

But the next two yarns are both more seasonal, potentially more fleeting, and they come from Rachel Atkinson and Ysolda Teague. As is the case with most small-batch artisan yarn projects, both of their yarns have already sold out their first batches. But I want you to be well poised, so that when they release whatever is coming next, you can spring—and quickly.

Both of these yarns were spun by John Arbon Textiles, one of the few UK mills that is open to and skilled at small-scale production.

Daughter of a Shepherd by Rachel Atkinson 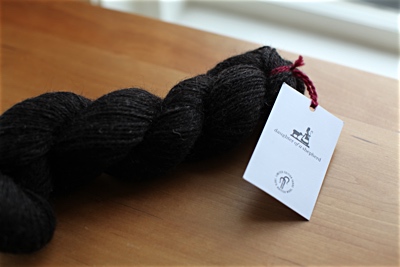 You hear the stories of UK farmers burying their fleeces in fields, or heaping them high and setting them ablaze. I thought this was an exaggerated urban myth, but it’s true. Rachel Atkinson—the daughter of a shepherd and passionate knitter herself—set out to untangle the puzzle of why this is happening and what we can do to stop it. Her answer came in the form of her own yarn, made from the fibers of her father’s Hebridean flock.

Her first batch of DK-weight, 100% Hebridean yarn was released this spring and has all been snatched up. At this point Rachel is waiting for her father’s flock to grow more.

I’ll admit, when I first heard Rachel was making yarn out of Hebridean fiber I was worried because the breed has a reputation for being on the rough side of rugged. It’s a brusque fiber you tend to wear when the weather turns.

But these fibers show clear love and care, from the breeding to the shearing and sorting, scouring, processing, and spinning. They’re worked on a small scale, and that tenderness shows in the finished product. It might not be everyone’s idea of next-to-skin soft, but I find it enchanting. And the color, a completely natural deep dark chocolate brown, is breathtaking.

Bringing the first batch to fruition was a leap of faith. Now that she knows the knitting community will support the yarn, Rachel can commit to the next clip and work with her mill to refine what this yarn may be. I, for one, am very excited to see what comes next. You can track the next yarn and learn more about Rachel’s work here.

Blend No. 1 by Ysolda Teague 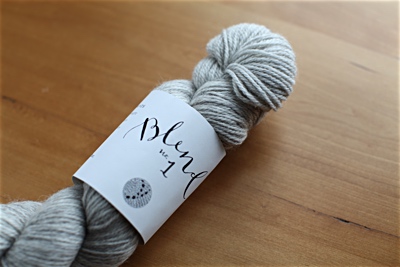 Scottish knitwear designer Ysolda Teaguefirst began exploring custom-spun yarns for her clubs. But in Blend No. 1 she took her exploration one step further with a significantly larger lot that she sold to the general public. As with Rachel’s yarn, it too came out this spring and is now sold out.

I’m a sucker for natural greys, the kind that, when you look closely, reveal themselves to be a mix of light to dark. It started with the Icelandic wool sweaters my grandma wore, and that’s exactly what the undyed Blend No. 1 reminds me of: a really good Icelandic wool yarn, the true kind that has been spun from a lock of variegated silver mixing the bright and dark together. Only in finewool form.

Blend No. 1 combines 50% Merino and 40% Polwarth (which is a silkier, somewhat denser variant of Merino) with the magic ingredient, a dusting of 10% Zwartbles. That last fiber is where the color variegation comes in. On its own, this milk-and-meat breed might be too bold for next-to-skin wear, but at 10% it gives distinction without interfering in a 90% finewool touch profile.

The fibers have been blended, combed, and spun into a smooth three-ply, sport-weight yarn that has wonderful squish to it, a well-roundedness to give cables succulent clarity and springiness.

Finewool breeds such as Merino and Polwarth don’t tend to thrive in the UK’s cold, damp climate. Instead, those fibers came from the Falkland Islands, where sheep are farmed organically. The Zwartbles, however, was grown within miles of the mill where it was spun.

The fact that this is a “number 1” suggests (we hope) that more yarns are to follow. You can keep track of Ysolda’s yarn journey on her Website.

My goal with these last two wasn’t to taunt you with yarns you can’t get. Rather, I wanted you to know about these talented women and follow their work so that you can be first in line for whatever may come next.