When your grandmother’s maiden name is Woolfolk, it’s almost guaranteed that you’ll go into the textiles business. Kristin Ford took the hint and has just launched Woolfolk, a yarn company she fittingly named after her grandmother. 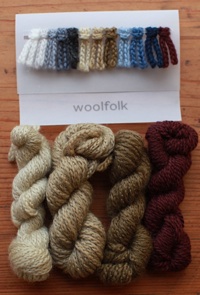 The initial line-up consists of just two yarns, both unique for their remarkable heritage and exquisite hand. Reviewed here is Får, a knitted tube/chainette yarn that hits the four-stitches-per-inch sweet spot perfectly.

Technically Merino, these fibers have been sourced from flocks grazing in Patagonia’s grasslands as part of the ambitious Ovis 21 biodiversity and grasslands regeneration project in partnership with Patagonian ranchers, the Nature Conservancy, and high-end outdoor retailer Patagonia Inc. A major component of their work is to encourage local ranchers to adopt tighter flock management procedures that, in turn, are resulting in finer and finer fibers.

This yarn isn’t notable just for its eco-friendly sourcing. The flocks have been selectively bred to grow some of the finest Merino in the world, marketed under the registered trademark Ultimate Merino®.

I’m normally rather skeptical about new, trademarked names for things that have been around forever, but these fibers work hard to merit the special treatment. First of all, their average micron count is 17.5, placing them squarely in the realm of cashmere—but with the durability bonus of Merino’s generous staple length. And second, the trademark represents a certification program intended to help consumers know when they are buying wool raised using environmentally sustainable processes. Woolfolk is the only handknitting yarn company with access to these fibers.

I met Kristin at the summer TNNA market. She furtively slipped me one of her first skeins, which I’ve been lovingly fondling ever since. At long last, the yarn is beginning to ship and will soon be available at these retailers. A percentage of each sale goes to support the Ovis 21 program. 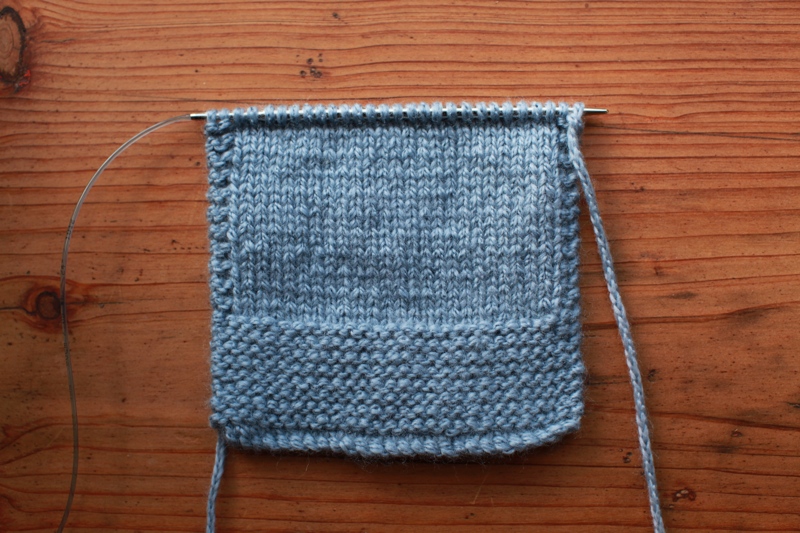 As I mentioned, Får is essentially a knitted-tube yarn, which is also often referred to as a “chainette.” This construction gives the yarn the bounce of a bungee cord (if you’ve ever knit an I-cord purse handle, you’ll know just how stretchy I mean) while also providing at least twice the loft of a traditionally plied yarn. By virtue of its being essentially a hollow tube, Får will also be much warmer than your traditionally plied yarn.

Perhaps the greatest peril of chainette yarns is their potential for snagging. Though not nearly as snag-prone as bouclé, chainette yarns still have abundant holes in which a stray needle tip can inadvertently embed. I picked my pointiest Addi Turbo Rockets and cast on.

Ironically, the only time my needle snagged was near the end of my swatch, while I was staring at my knitting. Once I looked away, I was able to knit and purl by touch alone. It was effortless. The yarn’s doughy disposition felt splendid in my hands, and maintaining tension was a breeze.

Får has extraordinary stitch definition, rendering stockinette, ribbing, and garter-stitch with the telltale speckled look of a chainette yarn.

A few rows in, I was already daydreaming about a sweater and wondering if I should order the yarn before publishing the review. You know, just in case.

My skein had no label, care or otherwise, so I followed my standard protocol: Warm wash in a clear glass bowl with a slosh of Ivory dish soap. While the swatch relaxed and quickly became saturated with water, it never lost its fundamentally robust, doughy hand in the water.

I saw no trace of color in the water. After blotting it with a towel and giving only minimal prodding, my swatch dried back in perfect shape without any change in stitch or row gauge. 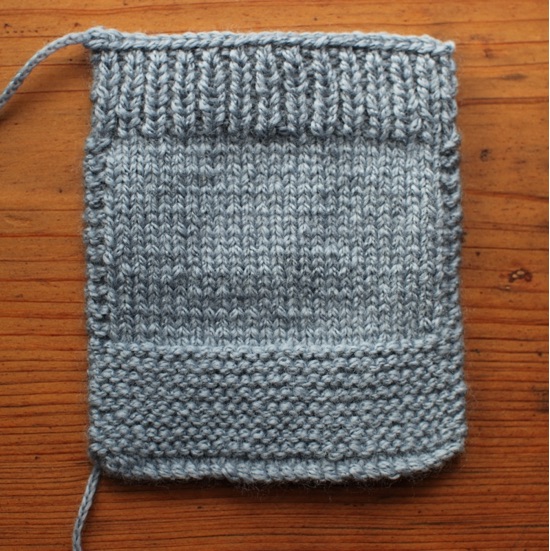 I’m not necessarily an apologist for pills, but any yarn made of 17.5-micron fibers is going to be more vulnerable than your average wool, just as porcelain will be more fragile than earthenware. You wouldn’t take porcelain on a camping trip—or if you did, it would be with the implicit understanding that you’re taking a risk. The same goes for any yarn made from this kind of fiber.

After months of fondling, my skein had already developed a very faint blur over its surface. I took that as my clue to use the smallest needles suggested on the label, which would add cohesion to the fabric.

The first wash brought a visible cashmere-like bloom to the surface of my swatch, on the stockinette, garter, and ribbing portions alike. Vigorous abrasion slowly pulled the looser ends out of the fabric and into cloudlike pills on the surface. They were easy to pull off without disturbing the surrounding stitches.

Because the yarn is made of a fine strand of spun fibers that’s been knit into a tube, it doesn’t have as much reinforcement as would a traditionally plied yarn. High-abrasion projects would be risky and possibly short-lived. Then again, I doubt most people would pay $19 for a skein of cashmere-grade Merino with the intent of using it for socks. (However, it would make scrumptious bed socks, just promise me you won’t walk in them.)

Let me tell you about the other component of Woolfolk: Design. For the company launch, Ford enlisted the work of seasoned designer Olga Buraya-Kefelian to produce Woolfolk Collection FW14. The aesthetic is bright and clean, with minimal, modern lines—all of which beautifully highlight the capabilities of Får and its fingering-weight sibling Tynd.

The degree of professionalism in the whole package, from fiber sourcing to pattern support, bodes extremely well for this company. You can read more about the genesis of Ovis 21 and its impact in Nature Conservancy Magazine.

Now if you’ll excuse me, I have an order to place.

Yarn Name: Får
Manufacturer: Woolfolk
Fiber content: 100% Merino
Gauge: 16-17.5 stitches and 24-27 rows per 4 inches on US 6-8 (4-5mm) needles
Average retail price: $19/skein
Where to buy online: Knit-Purl.com or any of the stockists listed here
Weight/yardage per skein: 50g / 142 yards (130m)
Country of origin: Spun in Peru of wool grown in Argentina’s Patagonia grasslands
Manufacturer’s suggested wash method: My skein had no label, so I recommend gentle lukewarm wash and rinse, dry flat away from direct sunlight.
Review date: 10/9/2014
Color used in review: 09
Wholesale distributor in the U.S.: Woolfolk
Source of review yarn: Sent to me by Woolfolk